How The Rich Celebrate A Stag Party 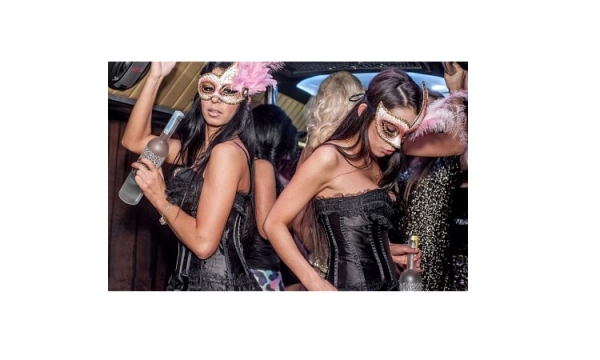 If money was no object and you could spend as much as you want on a Stag Weekend, what would you do? Big spenders go to crazy lengths to celebrate the status of a single person’s progression to a married person status for income tax purposes as well as the undefinable love factor.

Money makes the world go around and a Stag Party organised by the wealthy contributes to that.

There are dedicated companies who specialise in luxury Stag Dos for the rich and range from a 2 night affair to an entire 10 days and nights on a first class travel itinerary around the world. This particular luxury 10 day Stag Do is a cool £1,000,000 for a group of 10 people plus the extra high class and high adrenaline rich man’s activities to add in or on during the world tour. Everything is of privileged luxury standard, seven different destinations all with champagne loaded limousines at £15,000 a bottle, private jets with on board sky suites, £5,000 malt whisky after playing a round of golf, the famous Glamburger at £1,100 each. Luxury yacht trips, personal butlers to attend your soirees, flights and boat trips. You are also granted the title of Lord, with a personal family crest and land rights, all notarised and official. The countries this super luxury Stag Do passes through on the 10 day journey begins in Scotland then to England to fly to, naturally, Las Vegas, USA, where the casinos, shows and Nascar visits are stylishly organised with no expense spared on quality and comfort. A private charter flight to Miami and 5 star hotel suites booked plus an NBA basketball, courtside, dine at the Azul with £6,500 bottles of Swarovski Crystal Vodka and moored in the Miami port a super luxury £4,000,000 yacht to whisk you away to your private Caribbean island to enjoy a fishing trip and hot nightlife experience drinking Havana Club Maximo Extra Anejo Rum at £1,000 a bottle. The next stage of your travels takes you back to Miami Airport but in a helicopter for your 1st class flight to Barcelona, Spain. Naturally, the best hotel and high profile dining as well as your own private box for El Classico football match plus the celebrities dance clubs with VIP service. A road trip jaunt to Monaco with supercars, driving the very special Bugatti Veyron or Rolls Royce plus McLaren, Lamborghini and Ferrari to Europe’s most well-known casino in Monte Carlo, with £15,000 credit already and waiting for you to play the tables. The Stag Do ends with a private flight to London with a visit to the Honky Tonk Restaurant in Chelsea home of the world’s dearest burger, the Glamburger and say your farewells to the Stag before being driven home in a limousine, of course, with the driver addressing you as My Lord which was bestowed upon you in Scotland at the beginning of this luxury £1,000,000 Stag Party.

There are also professional stag do companies which for a fraction of the above prices can organise a truly amazing party. One of them is PartyKrakow- make sure to check their Krakow stag do offer

The rich with money to burn in excess will reserve the very best in hotels, travel and restaurants plus extreme activities that you would not even think of even in your wildest dreams.

Extreme or expensive Stag Party activities often booked are friendly football matches with famous players, in fact, Pablo Escobar hired the entire Colombian national team to play at his luxurious hacienda for his party. Scandalous as it was, the players received an undisclosed sum of appearance money. Paintballing but in armoured tanks is another high cost adventure along with hovercraft racing, however, the most sought after rich man Stag Do is top class luxury hotels in destinations like Las Vegas, Berlin, Dubai or London being the most popular. The rich play drinking games but with very expensive and rare alcohol, prestigious wines or gold flaked vodka and even challenge The Stag to spend a huge some of money during the Stag Do, try spending £30,000 in a weekend on your Stag Do or face a financial punishment, the rich guys do this. It comes from an 80s film where a chap had to spend £30,000,000 in 30 days and the wealthiest partygoers adapt the idea to a Stag Weekend.

A new trend will be booking a place on Elon Musk’s or Jeff Bezos’s spacecraft to celebrate the Stag’s passing from a single rich man to a married rich man by flying in outer space and orbiting the world whilst toasting with rare champagne and caviar. One Stag Party group insisted on the Kopi Luwak coffee for morning breakfast which is incredibly difficult to find. Nicknamed cat poop because an Asian cat like creature eats the beans then expels them, it is collected and you have to be very rich to purchase this special coffee ingredient.

The most common rich person activity is hiring a celebrity to make an appearance during the Stag Do, usually, with an unusual gift as a souvenir of the occasion. Unusual gifts range from a $30,000 tooth that once belonged to John Lennon to Marilyn Monroes personal stockings for a cool $20,000. Celebrities are in great demand and some earn millions for turning up, there are organised agencies who deal with requests.

The rich man’s Stag Party or, indeed, week will be full of bizarre and mostly expensive activities, accommodation and food plus the city hopping by private jets, helicopters or superluxury sailing boats but the message is the same as it is for us less rich partygoers, we all celebrate the Stag’s impending loss of single status in order to gain a wife to cherish until death do you part.