Windsor Castle: What You Should Know Before Going 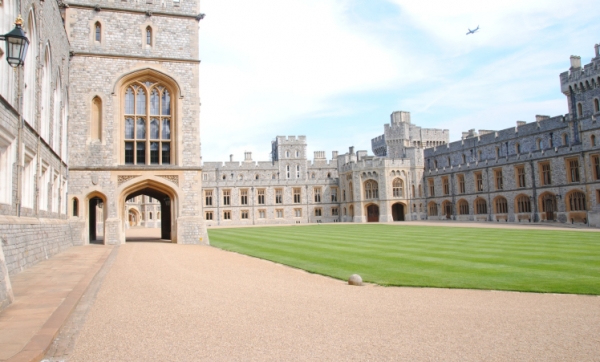 Windsor Castle is the largest and oldest inhabited castle in the world, and very much - in a historical sense, at least - the jewel in The Crown Estate.

Nearly 1000 years old, Windsor Castle was built in 1070 by William the Conqueror, its location chosen for its relative closeness to London, and today remains the favoured weekend retreat of Queen Elizabeth II. So if you’re planning a trip to a Royal residence, Windsor Castle is not to be missed. Here are a few key things you should know before you visit.

The origins of Windsor Castle date back to the 11th century, shortly after the Norman Conquest of England in 1066. It was one of many defensive mounds surrounding London, and originally had a wooden structure; it’s stonework and more regal features for which it is recognised today were added at a later date.

King Henry II was the first to use Windsor as a Royal residence, and it was he who replaced much of the wooden structures with sturdier stone. From 1165 to 1179, walls and gates were added, mounds reinforced and many areas expanded.

From this point onwards, it looked very much like the Windsor Castle seen by tourists today, but many monarchs have made their own additions over the centuries, as well as repairs from the occasional battle. Whether it’s the Curfew Tower or the Henry VIII Gateway, each building making up Windsor Castle represents a unique period in history - both of the country and the reigning Royal of each era.

The Role of Windsor Castle

The current Queen of the United Kingdom, Queen Elizabeth II, has helped transform Windsor Castle into a bustling tourist attraction. However, it remains an official royal residence and is therefore always protected, while also having an active role in national and international affairs.

Many annual ceremonies take place here, including the Waterloo Ceremony (celebrating the Battle of Waterloo) and the Royal Ascot Procession. In global politics, the castle is where the Queen often prefers to meet with international leaders, most recently US Presidents Barack Obama and Donald Trump, among others.

Windsor Castle now and then

The last battle in the vicinity of Windsor Castle occurred during the civil war in the 17th century, but the castle’s purpose has long since shifted from military to residential. The castle became so synonymous with the Royals that in 1917 King George V changed the family name to “Windsor”, in honour of their symbolic residence.

For the last century, Windsor castle has remained one of the Royal family’s most popular residences. Queen Elizabeth II has hosted many important events and functions at Windsor Castle, and it even served as the location for Prince Charles’ proposal to Diana. Indeed, if you’re interested to learn more about this we recommend reading this Princess Diana documentary.

The grounds of Windsor Castle are open to the public and are truly a sight to behold - but don’t be fooled: hundreds of people still live and work here, performing duties to maintain an official royal residence. If you visit, be sure to take a look at the flag mast: if you can see the Royal Standard next to the Union Jack, it means the reigning monarch is staying at the castle.

Many state rooms are open for visitors to immerse themselves in the grandeur of Royal history, although the changing of the guard is arguably the biggest draw for tourists. This takes place every Tuesday, Thursday and Saturday at 11:00 am.