The Symbolic Meaning of Lions 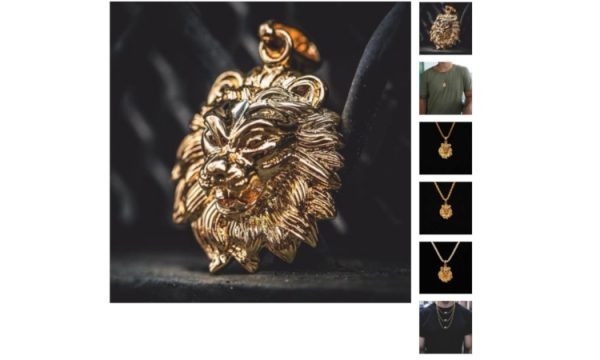 Have you ever wondered what is the actual meaning of the lion figure? What does it mean if we are surrounded by various products – for instance jewelry, ceramic, clothes – resembling them during our life? This ancient symbol reminds of the sun, strength power, bravery, and dominion; sometimes it also heralds ferocity and uncompromising attitude.

No wonder the lion's face was so willingly used by ancient and medieval rulers. Did you know that in mythology it was connected with an endless power of gods and goddesses? The king of beasts has been also associated with ritualistic sun worship. Pretty impressive, huh? Find out more about the symbolic meaning of lions and decide if you want to go through life with your own talisman referring to all of this.

Historical Significance of the Lion Image

Throughout the history, the lion figure meant many various things. Let's move back to an ancient Egypt – in those days people associated this animal with water. They kept on featuring it while building fountains and water spouts in public spaces or classic temples. Architects also used carved lions heads in boats and shipping yards.

In early Rome people started to associate lion with his royal, imperious nature. As the one who ruled other wild animals, a lion was supposed to convey courage, power, and strength to this early imperium. During the rules of Caesar many political and military leaders had their own lion's head which served as a door knocker (or just a regular sculpture). On the other hand, on caskets and in ancient cemeteries, the lion began to symbolize the figure of fallen hero. Hovewer, in most cases the lion statues were used as dangerous guardians demanding respect. They stood near gates, buildings, and temples.

The last great shift came in Medieval age. The lion represented not only royalty, but also Christianity and resurrection of Jesus back then. This times gave rise to long heraldic tradition – lions were incorporated in heralds, shields, and flags. In 1222 Scotland made the lion its royal symbol.

Till this day, the lion remains one of the most popular animal symbol of all times. This theme can be easily found in everyday objects, such as jewelry, clothes, trinkets, and accessories. It is well-known that the history of depicting a lion's head with both decorative and symbolical purpose goes back to ancient times as early Greece and Egypt. Carved representation of this proud animal has been used as statues, in architecture, on furniture and as decorative accents. Now you can also surround yourself by this powerful symbol while buying lion pendant, lion pillow or lion t-shirt and draw special power from it on the everyday basis.

What are the main symbolic messages the lion pendant or earrings offer us? First of all, that we should have courage and faith in ourselves, and always believe in our abilities. That we should remember of our natural power and hold our heads high no matter what. That we should deal with conflicts with dignity and defend things which are the most important to us. There is no doubt that it is a powerful message as for an 'ordinary' lion pendant.

Now you are finally aware of complex meaning of lions. Let's sum up some main conclusions. The keyword symbolics of lion figure includes above-average wisdom, power, dignity, courage, authority, dominion, royalty (we're dealing with king of beasts here), and both ferocity and justice. Moreover, in English heraldic art the lion figure is associated with the local sovereigns because of its traits like courage, royalty, leadership, strength, and honor. Basically, the lion symbolizes a strong and good ruler.

Of course, all signs, symbols and talismans have its own personal, special, and deeply individual meaning to each of us. The lion is not an exception here. We just gave you a brief and hopefully useful summary of lion symbolism in historical terms. The lion can mean to you things listed above or anything else.